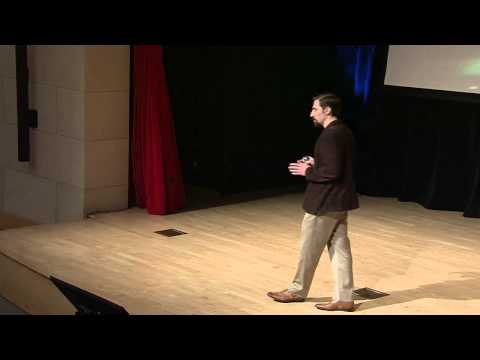 Can Litecoin (or cryptocurrencies in general) really replace fiat currency in the future?

Ever since I started buying a few years back, I rallied for Litecoin in particular not only for it's fast transaction speeds, but also because Charlie(coblee) has been nothing but incredibly open, transparent, and supportive to the community (something which can't be said for most other cryptocurrencies out there). I don't think I trust any other creator of a coin apart from Charlie at the moment.
However I have a few concerns which I really do think needs to be addressed before the ultimate goal of having a truly stable decentralised currency can be reached based on my personal experience of the last few years.
My Story: I was extremely lucky when I first bought bitcoin at MtGox that I immediately transferred out to buy litecoins at a different exchange before they stopped all withdrawals. I bought 3 bitcoins at the time and converted it to Litecoins. Together with a bit of arbitrage and mining I made up 90 Litecoins. At the time I encouraged some of my housemates to buy and try out Litecoins as well (one of my best friends now currently hold 30 LTC after losing the other half to Cryptsy). I held fast even as Litecoin went down to 1-2 USD. I even got out of the Auroracoin lies relatively unscathed.
I used some of my Litecoins for purchases such as on Namecheap for domain names and was left with 54 Litecoins. Unfortunately for me I used Cryptsy at one point and ended up losing all my 54 coins which really broke my heart. My wallet - (https://imgur.com/pQNwkju)
My Concerns:
Massive Fluctuations in Price - With the rapid rise in the values of these coins, is it really stable enough to purchase actual products using cryptocurrency? Let's say I buy a domain name for 5 litecoins one year, and now it's worth 1K. Although the fiat currencies have inflation as a disadvantage, it's relatively stable. You would definitely feel "robbed" if you ended up paying for a 8 USD domain name one year, only to regret using it at all when it is now worth several hundred USD the next year. Wouldn't this kill our goals of trying to use crypto as a currency rather than just a tool for trading and investments?
Safety - Whilst I agree that Wallets are the safest place for keeping money, exchanges really should be under a lot more scrutiny and we need a lot more stability.
We have no real choice currently but to use exchanges extremely frequently to change back and forth to fiat currency not only because of the limited marketplace for buying products directly in crypto, but also what I said about the massive fluctuation in pricing. In the fiat currency world, we can essentially trust the majority of the banks to hold our money safe one year to the next. We currently cannot trust exchanges to this extent (perhaps apart from coinbase, but even then the insurance/assurances have not been tested). Even BTC-e that has been there for years had a large amount of their assets seized recently.
The Fees - Coming to the above point about safety, the fees are definitely a lot higher than they were before. I don't disagree that fees are required for transactions to take place, but some of these fees are much higher than you would expect, again from a standard bank in Europe. This discourages people to put their money into a safe place (which is counter-intuitive of what the community advises anyone who wants to buy into crypto).
Final thoughts - I'm not trying to talk down on crypto, I remain a huge fan despite my heart break of losing my Litecoins. But these concerns highlight some limitations to our goal of making a true crypto society and I hope they can be addressed in the near future bfore crypto becoming a massive pyramid scam. I think Litecoin is way ahead of all other coins in this regard, but still a lot of work is needed.

The best way for tech savvy Icelanders to use their AUR to help their economy is to mine cryptos.

The best thing that Iceland has for producing foreign exchange is their very inexpensive, renewable hydro and geothermally produced electricity. According to this Wikipedia entry:
http://en.wikipedia.org/wiki/Electricity_sector_in_Iceland
Iceland’s per capita consumption of electricity was 7 times higher than the EU’s in 2008. The electricity is commercially used in the production of aluminum and other metal alloys that can be exported to gain foreign currency to compensate for the disaster caused by their bankers.
The cost of electricity is the main budget item in a crypto mining operation after the hardware has been acquired. Tech savvy Icelanders are undoubtedly aware of this, and, hopefully, are already starting to take advantage of this.by buying up AUR, converting them to bitcoins, and ordering equipment from the best worldwide sources accepting bitcoins that will ship to Iceland. Hopefully, there are also local tech suppliers accepting AUR that are now bringing in enough inventories of the items to meet the new demand.
Iceland already has a very high per capita Internet use rate, so the country should have a large bandwidth to both the US and Europe. It remains to be seen the extent to which the Airdrop allows the country to become a larger center for crypto mining than it already has.
I am just a newbe, but I have gathered that, if Icelanders begin to dominate AUR trading, then local mining pools will have an advantage because they will get the local trade info quicker than those offshore. Offshore miners should be able to help the local pools by getting the offshore trade info quicker to the main node than otherwise.
Furthermore, if AUR becomes imbedded in the local economy, the local miners will be able to recycle their profits into the local auroracoin economy improving the ecosystem’s efficiency. By mining other altcoins, they will be bringing in badly needed foreign currency using a locally produced valuable commodity that is currently being underutilized. Hopefully the Icelandic politicians are becoming aware of this potential, and will let it develop without interference.
Icelandic based auroracoin mining pools would be best for the coin because they will have a stake in the currency and will have the means to do what it takes to defend it.
Perhaps some Icelanders who have some info on these matters will share with us.

It would be great if the Shribes would help the Auroracoin Community with its infrastructure problem.

The Dogecoin Community has built an infrastructure that is very easy for people who are not into bitcoin to learn. The Auroracoin Community lacks such infrastructure now. If an exchange set up a DOGE/AUR pair, the people of Iceland could utilize the fruit of the Dogecoin Ecosystem.
Many of our posters have indicated that they are Shribes. If you are one of them and you want to help the Icelanders benefit from the opportunity that is being given to them, you should try to get support in your community for setting up such a pair.
Shribes have a reputation for being very generous and for taking up causes. If Icelanders start converting their AUR to DOGE in large numbers, it will raise the dogecoin market cap and lower auroracoin’s. If this begins to happen, then Shribes, being generous, should buy AUR to try to compensate.
Dogecoin has benefited greatly from the publicity from its charitable endeavors. This would not strictly be a charitable endeavor. The publicity would probably help both coins because the goal is to get the Icelanders to utilize a cryptocurrency. If this endeavor helps many Icelanders learn the benefits of using dogecoin, they will undoubtedly continue to do so for those purposes where it will be more convenient than using auroracoin in the future.

The Icelandic people have been given the collective opportunity by Baldur to choose to have more economic opportunity. Don’t make the wrong decision.

Baldur created auroracoin in an experiment to see if the Icelandic people can collectively decide to use it to improve your economy. The world has given auroracoin a value because it assumed you were a smart people who could see its value and use it to trade within your own country. If enough of you choose to do this, the world will take note and auroracoin will keep it value. However, if too many of you choose to sell it for bitcoins or convert it to US or Canadian dollars or Euros, the value will continue to drop.

Help a fellow miner out

Hi guys, like a lot of you I've been following many coins of late including Doge, Kitteh, Memory etc etc. I became interested in Auroracoin when I learned of it last week. I don't have the strongest of mining equipment but looked to gain around 1 Aurora a day at the time when I started. Then of course the interest in Auroracoin took off after being placed on coinmarketcap. I didn't manage to earn enough for a payout and now i'm stuck with 0.7 in the mining account and the miner keeps going on and offline, plus with network difficulty constantly increasing exponentially I could be mining until kingdom come to get just 1 coin. But I'll be happy to just get one coin so i'm asking if anyone out there is willing to help by donating 0.3 of a coin to me and I can cash in what I've managed to earn.
I would happily buy Aurora coin with normal currency but there is no means to do so at present other than over inflated prices on the likes of Ebay and I don't have any BTC to convert to Aurora on Crypto Rush or Poloniex.
I can understand why a lot of people will read this and think why should I! But for anyone willing to help thank you so much, your generosity is greatly appreciated. I missed the whole Bitcoin rush so this is a chance just to make a small difference in life hopefully if Auroracoin takes off.
AP4gKSRVg1X4PJDGqNvcV23zyWBdigp1y4

Convert. How much is 1 Auroracoin in Bitcoin? 1 Auroracoin is 0.000005 Bitcoin. So, you've converted 1 Auroracoin to 0.000005 Bitcoin. We used 185480 International Currency Exchange Rate. We added the most popular Currencies and CryptoCurrencies for our Calculator. ... Online cryptocurrency wallet with multi-cryptocurrency accounts. Securely store, easily receive or send and quickly exchange your bitcoin, ethereum, litecoin and other cryptocurrencies. Currency exchange rate calculator from Bitcoin to Auroracoin using current exchange rates. This Turkish Lira and United States Dollar convertor is up to date with exchange rates from September 06, 2020 Our real time Auroracoin Bitcoin NLexch converter will enable you to convert your amount from AUR to BTC. All prices are in real time. This Auroracoin and Bitcoin Cash convertor is up to date with exchange rates from July 16, 2020. Enter the amount to be converted in the box to the left of Auroracoin. Use "Swap currencies" to make Bitcoin Cash the default currency. Click on Bitcoin Cash or Auroracoins to convert between that currency and all other currencies.

Auroracoin (code: AUR, symbol: ᚠ) is a peer-to-peer cryptocurrency launched in February 2014 as an Icelandic alternative to bitcoin and the Icelandic króna.[1][2][3] The unknown creator or ... Introduction to the bitcoin-based cryptocurrency designed especially for the people of Iceland. Learn more at whatisauroracoin.com. CryptoCurrency Convention 4/9/14 - David Lio Auroracoin Join us at our Next EVENT located in London, UK 2014. DATE: October 22nd, 2014 LOCATION: The British Museum Great Russell St, London WC1B ... This feature is not available right now. Please try again later. Quick Video on converting my Australian Currency into BTC inside my BTC wallet. This will make it ready to purchase USI-Tech packages in a later video.