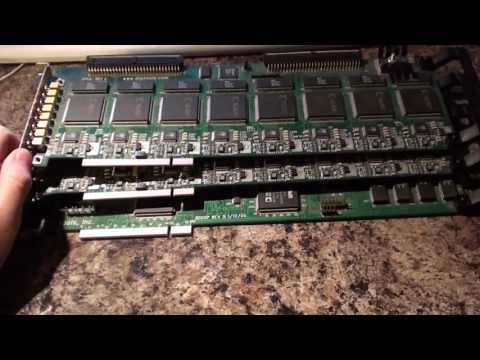 
suddenly be incentive to hold iota?


to generate Mana
📷
Hyperware오늘 오전 4:21
The only thing I can really do, is believe that the IF have smart answers and are still building the best solutions they can for the sake of the vision
📷
dom오늘 오전 4:43
100% - which is why we're spending so much effort to communicate it more clearly now
we'll do an AMA on this topic very soon
📷
M [s2]오늘 오전 4:54
u/dom​ please accept my question for the AMA: will IOTA remain a permissionless system and if so, how?
📷
dom오늘 오전 4:57
of course it remains permissionless
📷
dom오늘 오전 5:20
what is permissioned about it?
is ETH or Bitcoin permissioned because you have to pay a transaction fee in their native token?
📷
Gerrit오늘 오전 5:24
How did your industry partners think about the mana solution and the fact they need to hold the token to ensure network throughput?
📷
dom오늘 오전 5:26
u/Gerrit considering how the infrastructure, legal and regulatory frameworks are improving around the adoption and usage of crypto-currencies within large companies, I really think that we are introducing this concept exactly at the right time. It should make enterprise partners comfortable in using the permissionless network without much of a hurdle. They can always launch their own network if they want to ...
📷
Gerrit오늘 오전 5:27
Launching their own network can’t be what you want
📷
dom오늘 오전 5:27
exactly
but that is what's happening with Ethereum and all the other networks
they don't hold Ether tokens either.
📷
Gerrit오늘 오전 5:32
Will be very exciting to see if ongoing regulation will „allow“ companies to invest and hold the tokens. With upcoming custody solutions that would be a fantastic play.
📷
Hans Moog [IF]오늘 오전 5:34
It's still possible to send transactions even without mana - mana is only used in times of congestion to give the people that have more mana more priority
there will still be sharding to keep the network free most of the time
📷
Hans Moog [IF]오늘 오전 5:35
but without a protection mechanism, somebody could just spam a lot of bullshit and you could break the network(수정됨)
you need some form of protection from this
📷
M [s2]오늘 오전 5:36
u/Hans Moog [IF] so when I have 0 Mana, I can still send transactions? This is actually the point where it got strange...
📷
Hans Moog [IF]오늘 오전 5:37
yes you can
unless the network is close to its processing capabilities / being attacked by spammers
then the nodes will favor the mana holders
📷
Hans Moog [IF]오늘 오전 5:37
but having mana is not a requirement for many years to come
currently even people having fpgas can't spam that many tps
and we will also have sharding implemented by then
📷
M [s2]오늘 오전 5:39
Thank you u/Hans Moog [IF] ! This is the actually important piece of info!
📷
Basha오늘 오전 5:38
ok, i thought it was communicated that you need at least 1 mana to process a transaction.
from the blogpost: "... a node with 0 mana can issue no transactions."
maybe they meant during the congestion**, but if that's the case maybe you should add that**
📷
Hans Moog [IF]오늘 오전 5:42
its under the point "Congestion control:"
yeah this only applies to spam attacks
network not overloaded = no mana needed
📷
Hans Moog [IF]오늘 오전 5:43
if congested => favor txs from people who have the most skin in the game
but sharding will try to keep the network non-congested most of the time - but there might be short periods of time where an attacker might bring the network close to its limits
and of course its going to take a while to add this, so we need a protection mechanism till sharding is supported(수정됨)
📷
Hans Moog [IF]오늘 오전 6:36
I don't have a particular problem with EOS or their amount of validators - the reason why I think blockchain is inferior has really nothing to do with the way you do sybil protection
and with validators I mean "voting nodes"
I mean even bitcoin has less mining pools
and you could compare mining pools to dpos in some sense
where people assign their weight (in that case hashing power) to the corresponding mining pools
so EOS is definitely not less decentralized than any other tech
but having more identities having weight in the decision process definitely makes it harder to corrupt a reasonable fraction of the system and makes it easier to shard
so its desirable to have this property(수정됨)
​
-------------------------------------------------
​
📷
Antonio Nardella [IF]오늘 오전 3:36


u/Hans Moog [IF] Im sorry Hans, but this is false in the current congestion control algorithm. No mana = no transactions. To be honest, we havent really tried to make it work so that you can sent transactions with no mana during ties with no congestion, but I dont see how you can enable this and still maintain the sybil protection required. u/Luigi Vigneri [IF] What do you think?📷

Suggestion: Sidebar, then get back to us with the verdict.(수정됨)📷2📷

No Mana no tx will definitely not be the case(수정됨)📷5📷7***[오후 2:28]***Billy probably means the previous rate control paper as it was written by Luigi. I'll clarify with them📷

When was this decided u/Billy Sanders [IF] and by whom? Was this discussed at last resum when I wasnt there? The last info that I had was that the congestion control should only kick in when there is congestion?!?***[오후 2:29]***📷 📷 📷📷

Let's sidebar this discussion and return when we have agreement. Dave has the right idea
​

Andreas Antonopoulos gets "Satoshi's Vision" completely wrong and shows his misunderstanding of the system. He thinks 1 cpu 1 vote means 1 user 1 vote, a common mistake from people on the Core side.

In this video at the 6m20s mark Andreas Antonopoulos speaks about Satoshi's vision. He speaks about "1 cpu 1 vote" saying that Satoshi designed the system to be decentralized as possible, but Andreas completely misunderstands the meaning of 1 cpu 1 vote. He is falling into the common trap of conflating 1cpu 1 vote with 1 user 1 vote.
Andreas, haven't you even read nChains paper about POW and Theory of the Firm? A cpu is an economic resource:

Crypto and the Latency Arms Race: Crypto Exchanges and the HFT Crowd