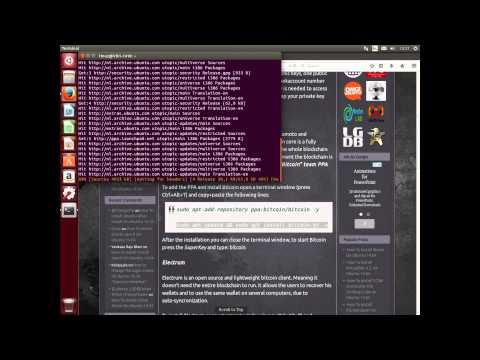 Keep your Bitcoin Core UASF node up to date

Note to folks with a fake uacomment: that neither helps nor works. Upgrade to BIP148!
Those who want to use BIP148 have two main choices: UASF BIP148 and Bitcoin Knots. The first has bip148 enabled by default. The second follows a PR originally proposed to Bitcoin Core (and rejected) which adds bip148=0 (option, disabled by default) so it needs to be enabled in configuration file or at runtime.
Make a backup of your wallet.dat, just in case.

This is the "original" BIP148 version.
1) Get the source at https://github.com/UASF/bitcoin/releases.
Current release: v1.0 - https://github.com/UASF/bitcoin/releases/tag/v0.14.2-uasfsegwit1.0
As a reminder, your install options are as follows:
a) Binaries: Bitcoin Core v0.14.2-based UASF SegWit BIP148 can be downloaded here (decompress and then run desired binary (bitcoind for daemon/server, bitcoin-cli for the CLI, etc.) which you can find in bin subdirectory; there's also a PPA for Ubuntu users who prefer apt-get install).
b) Source: get the source at the URL at the top. Build as usual, following official Bitcoin Core instructions.
To install, stop and (if you want) remove existing Bitcoin Core. Then install and run Bitcoin SegWit UASF BIP148. Windows users who use installer (filenames that end with *setup-unsigned.exe) should first uninstall existing Bitcoin Core before they install this version.
How to verify binaries (signatures):
https://np.reddit.com/Bitcoin/comments/6c5zw3/howto_verify_the_signed_uasf_released_binaries/
You can also verify checksums by importing Luke's PGP key and ensuring checksums in SHA256SUMS.asc(example here) match those of the downloaded file(s).

This is Luke-Jr's Bitcoin release with many enhancements and a BIP148 option. You can find more at https://bitcoinknots.org.
Get it at bitcoinknots.org. Install procedure for binaries is the same as for UASF BIP148 binaries, but with one added step:
Windows users who use installer (filenames that end with *setup-unsigned.exe) need to first uninstall existing Bitcoin Core before they can install this version.
If you want to build from the source, refer to Bitcoin Knots documentation (because it has a number of different options compared to Bitcoin Core).
How to verify binaries (signatures): download and import Luke's PGP key, refresh PGP keys, then verify the signed checksums file corresponds to the checksum of the binary you downloaded for your system.

If you're updating either UASF BIP148 or Knots binaries (which you downloaded as zip or tgz file and decompressed to your disk), stop Bitcoin, decompress newer binaries over old binaries, then start service again. You can also move old binaries and then deploy the latest binaries.


In the case of a chain split

Please remember to pay special attention to wallet.dat if you use one. This section only deals with the change of the binary and blockchain rewind, and not coin splitting and wallet backups.
If chains splits on or after August 1st, you would have to rewind the blockchain in order to use a different Bitcoin release on another chain. Details will vary depending on the circumstances (for example, we can't know in advance which chains will exist.)
UASF BIP148 v1.0 (not older releases) makes it possible to set bip148=0 and restart which automatically rewinds the blockchain to be consistent with Core. If you wanted to change to Bitcoin Core, you could first restart UASF BIP148 or Knots with bip148=0 to rewind the blockchain, then uninstall the binaries and install Bitcoin Core.
If a chain split happens, check UASFGuide.com or this subreddit for specific details.


Be back in late July!

In the second half of July, check for updates on a weekly basis. There may be further updates or improvements.

2017-07-12 - reminder to pay attention to wallet backup in case of changing the binaries or startup options after a chain split
2017-07-11 - download links updated for v1.0, added about auto-rewind in v1.0, other small edits
 Edit: this post may be updated prior to August 1st.

I installed Qt Creator Integrated Development from the Ubuntu Software Center,then I compiled and installed Qt 4.8.6 .There were few errors when I try to compile an Application. I Uninstalled / Removed via the Ubuntu Software Center. But when I tried to install QT 5.3 I can see the Qt 4.8 kit and recently accessed files. CheckInstall is a program that’s used to install or uninstall programs that are compiled from the source code. It monitors and copies the files that are installed using the make program. It also installs the files using the package manager which allows it to be uninstalled like any regular package. Super User Can't Uninstall Electrum 2.6.4 (Mint 13 Maya, x86-64) Linux Mint Ubuntu uninstall elasticsearch Server Fault removing-npm npm Documentation Uninstall bitcoin qt ubuntu sources.list Museo EBC Installion: This is to say that you uninstalled the version provided by Ubuntu's package manager and manually downloaded, compiled, and installed it yourself from source code. Assuming you were able to follow those instructions successfully, the version of CMake provided by Ubuntu's package manager (via the cmake package) is already uninstalled . Do a fine job, binaries are a few steps removed from source code. Bitcoin Armory Private Key. For this Best Forex Broker Uk 2018 reason, this tutorial won’t use the Software Center. In this article, a quick and easy way to remove Ubuntu from a UEFI Dualboot with It's – How To Uninstall Ubuntu Linux From Windows 8 Dual Boot Donate BitCoins ...

How to install Bitcoin on Ubuntu 16.04