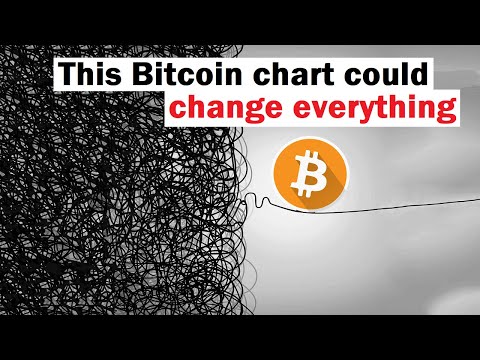 The 'wave of populist nationalism' sweeping thru the West is going to wash away some of the corruption that has been perverting Western cultures. Monopolies on information have been cast aside by a world wide net of independent journalism telling truths the mainstream does not. Corporate media is now focused on 'ratings' which trump truth, and corporate managers have their own political interests to take priority over 'honesty in journalism'. This is not really anything new. Media mogul R Hearst said this. William Randolph Hearst Quotes
Trump and the Media (6/7) Feb.14.2019 23.7 min Dr.PCR | HerlndRpt
Distrusting Institutions (especially BBC, a Brit's perspective, with charts) 2008 | BBC
Disabling "Hate Speech" is unconstitutional...
Big Tech monopolies intensify their censorship of the right — | AmSpctr Internet giants are effective at political activism, have cozy gov connections


Big Tech duct-tapes a mouth more effectively than the government.


New Concept: Information (Market of Ideas) represents a new sort of economy, in which money is not the medium of exchange; the new medium is data.
Data as the new currency; Government’s role in facilitating the exchange 2013 15pg.pdf
Example Cryptocurrency Bitcoin, the Regression Theorem, and the Emergence of a New Medium of Exchange | mises
Example Personal Information Within the Supply-Demand paradigm, the general public is a major supply sector, and businesses participating in the economic markets are the demand sector. Internet Tech businesses are the middlemen, distributing public data to businesses who want to target specific parts of the public with advertisements. This type of direct marketing is more efficient than post mail, and especially better than the old broadcast marketing, characteristic of newspapers, signs, radio and TV.
Example Attention Various parameters have effects on advertising success, one is called "traffic". The concept is that some non-zero fraction of persons who are exposed to a sales pitch (attention market), will become customers at least once. Consider only this one parameter, the greater the traffic, the greater the revenues, but also, the greater the value (cost) of the sales pitch.
Another important parameter of advertising success has to do with parsing traffic into real and virtual demand. Real demand is the quantity of prospects (potential customers) who are willing AND able to purchase. Virtual demand is the quantity of prospects who are NOT willing or able to make a purchase (but willing to consider the ad anyway). If an advertiser is able to target (send ads to) only the real prospects, he can reduce his costs (optimize traffic). The Internet is much better at that than traditional broadcast methods, and also provides an immediate means to close a deal. Again, data is both the product and the medium.
Big Tech Market Dominators are effectively Globalist governments who rule over attention markets in the data "economy".
Independent sources of deviant information (stuff the powers that be want you to never learn) face intense repression, in violation of Constitution (Amendment 1). This population of Infowar Insurgents are in effect, revolutionaries rebelling against the Mass Media Gross Dominance Program (MMGDP).
Resistance to the MMGDP is rising around the world... which do you suppose will fall first, established powers, or the Resistance? (Answer my friend, is blowin' in the data.)
(see Collection Index for link to other posts in this series)

American broadcaster, filmmaker and bitcoin (EXANTE: Bitcoin) enthusiast Max Kaiser at the Infowars show said that the price of bitcoin will hit $400,000.However, Kaiser denied naming the timeline. At the show, Kaiser said his previous prediction from 2012 of $100,000 for bitcoin is now "too conservative." I suspect the big wealth managers are only beginning to get interested in bitcoin; the Early Adopters tend to be small players with larger appetites for risk than the institutional players. I’ve marked up a chart of bitcoin to suggest there may be a fractal pattern in play: notice the previous two periods of volatile upswings and downdrafts. InfoWars Alex Jones Shares Latest Stories About Bitcoin and Satoshi Nakamoto There are several theories that Alex Jones has mentioned about Bitcoin and digital currencies. Bitcoin is the largest cryptocurrency in the world and he thinks that it is currently controlled. One-year Bitcoin vs gold chart - Skew Speaking to Alex Jones on Infowars, Keiser quadrupled his BTC price forecast, claiming that the first cryptocurrency would surge to $400K. I am officially raising my target for Bitcoin — and I first made this prediction when it was $1, I said this could go to $100,000 — I’m raising my official target ... In One Chart ‘Don’t be late to the party’ — bitcoin rose 170% the last time this signal flashed Published: Feb. 22, 2020 at 2:27 p.m. ET

BITCOIN ATM Makes BUYING and SELLING BITCOIN SIMPLE Manufacturer Lamassu is ending 2013 on a high. The company has just announced the sale of its 100th bitcoin ATM, and more than 120 orders. This bitcoin chart could change everything (critical level on BTC). In this video we explain the important of a key level on the higher timeframe chart of bi... The Bitcoin Group #174 - Senate Hearing - Dow Drops - Coinbase Segwit - Bitcoin meets InfoWars World Crypto Network. Loading... Unsubscribe from World Crypto Network? Bitcoin will be the new store of value and crypto will be the new technology evolution and I want to be a part of that trough this channel. I will be sharing my ideas about the future of Bitcoin ... 50% OFF SITE WIDE!! (Limited Time Only) New to crypto and you want to start at step 1? -Get The Diamond Combo! (Best Value) 50% OFF!! ️https://cryptocrewun...